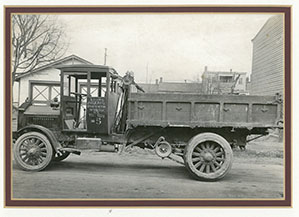 Argenio Brothers is a family-owned and operated company.  The current ownership makes up has been in place since the mid-1980s with very few changes.  Our roots go back to the early 1900s when Louis Argenio began a horse-drawn trucking business in Newburgh, NY.  Obviously there have been many changes through the years, in 1967 the name Argenio Bros. was adopted due to the new Corporate makeup and Argenio family membership at that time.  Argenio Bros. currently operates in the Lower Hudson Valley Region of New York with Genaro J. Argenio still serving as President, one of the original members from 1967 still active as of this writing.

The most important key to the success of Argenio Bros. is its workforce.  We have found success by creating a culture of excellence among our associates.  Our Managers are held to a high moral and ethical standard, both personally and professionally.  Being a family-owned company, we understand the value and strength family can bring. It is part of our corporate mission to create a family culture that transcends all that we do.

Controlled growth while recognizing and taking advantage of opportunities in the market place have proven to be one of the keys to our success.  Ninety plus percent of the work we perform is self-administered with approximately 10% being performed by a key group of vetted sub-contractors.  This business plan allows us greater control of the finished project by having control of the entire project from the Managers to the mechanics that actually assemble the project.